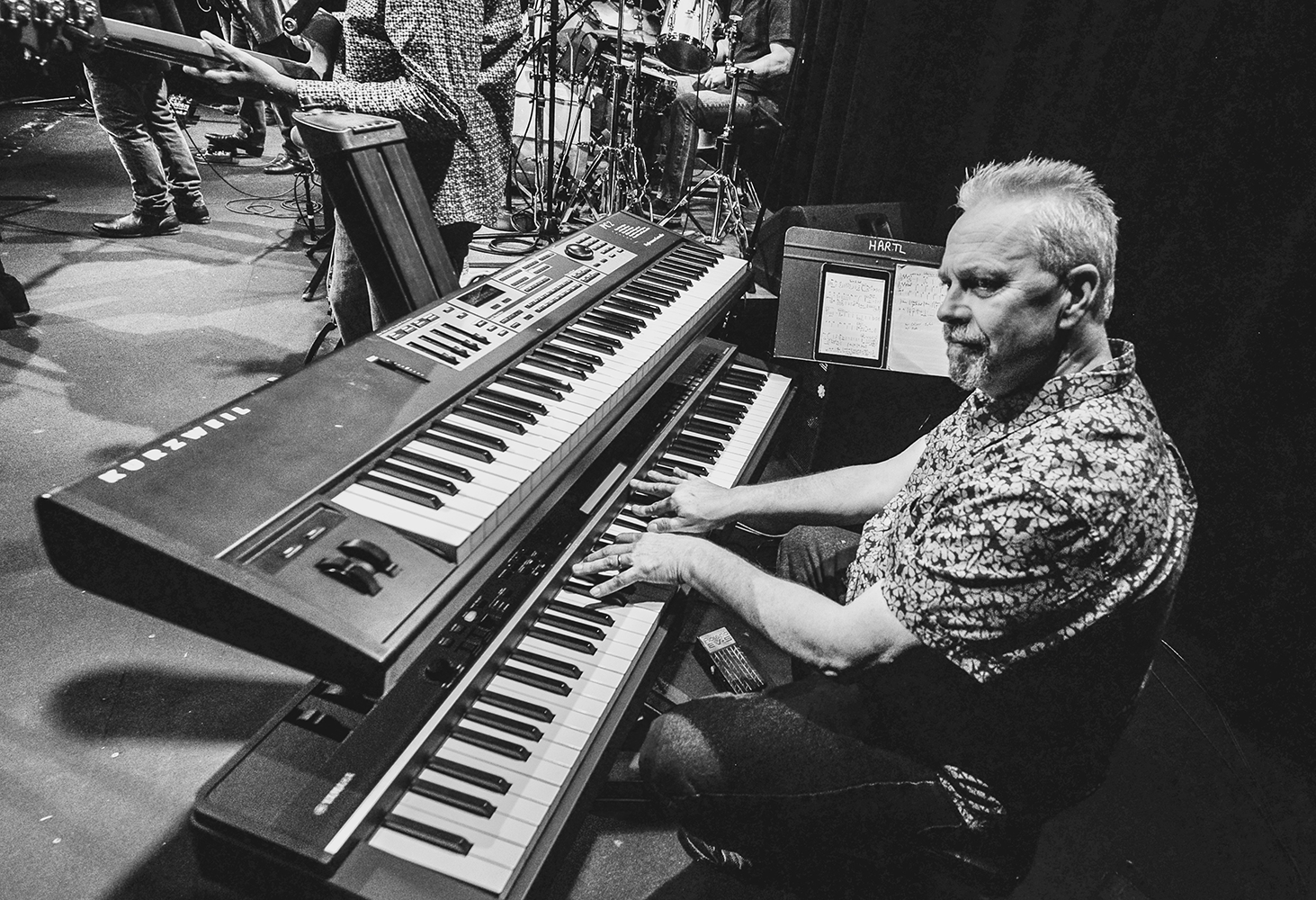 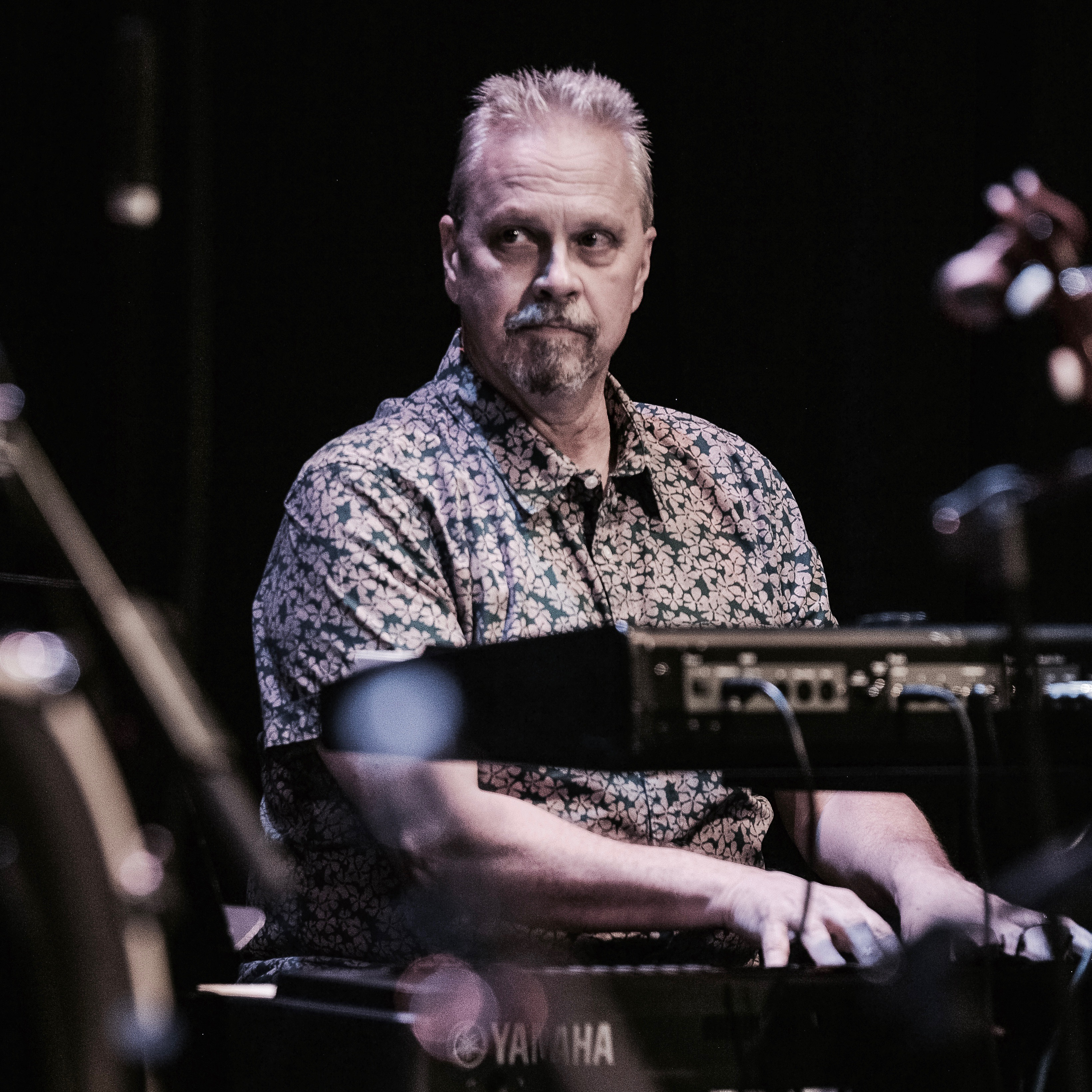 Dave Hartl began performing in public on accordion at the age of five. After college, he began a career as a performer that has included many styles and many instruments, among them piano, organ, synthesizers, Chapman Stick, guitar, and electric bass. He has played behind such popular performers as Joni Mitchell, Aretha Franklin, Smokey Robinson, Peabo Bryson, Il, Divo, The Three Degrees, The Supremes, LaToya Jackson, and many more; recorded five albums of original instrumental compositions; played for over 60 musical theater productions; taught for 21 years at the University of the Arts in Philadelphia; and has performed classically with the Philadelphia Orchestra, the Philadelphia Opera Company, and other local institutions; and is the pianist for the Southeast Pennsylvania Symphony Orchestra. Current projects include solo piano performance, accompanying jazz singers, playing synths for electric jazz projects (including his own Weather Report tribute group), and playing accordion for gypsy-jazz and European café groups. For further info, go to his website.