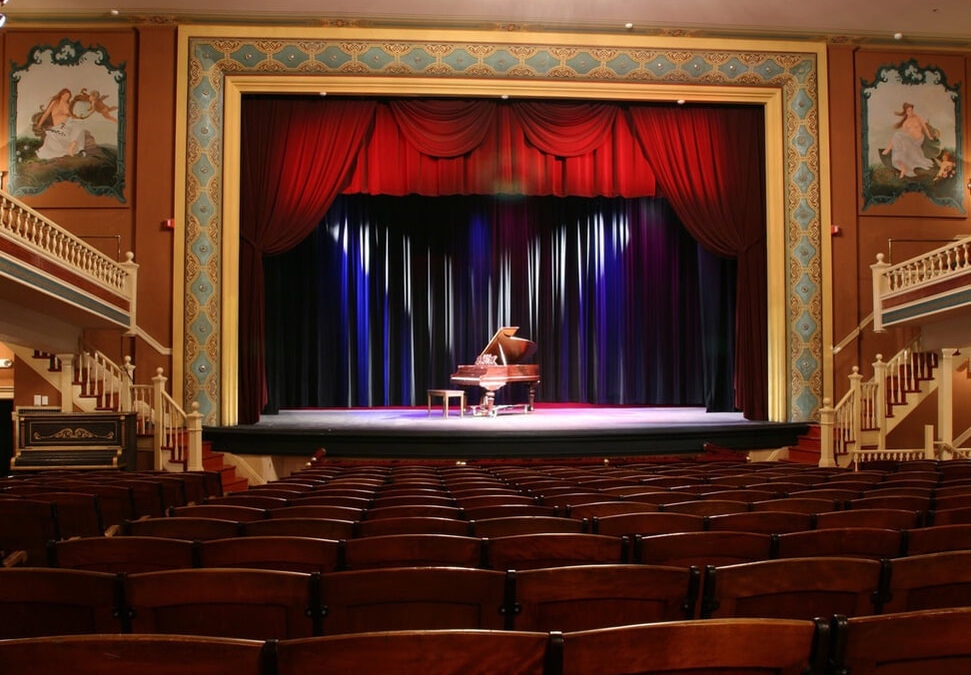 Ronstadt Revue, the premier touring celebration of Linda Ronstadt’s 40+ year career, makes their New Hampshire debut on Friday, March 25 at 8 PM at the Rochester Opera House. And it will be more than just a concert performance.

The band has teamed up with local charity Gather New Hampshire to help end hunger in the area, as audience members are asked to bring food donations from their pantry to help support this worthy cause.

“The Rochester Opera House offered us the chance to make a difference by teaming up with Gather New Hampshire,” said Ronstadt Revue’s lead singer, Gesenia, “It was a no-brainer for us to pitch in. Times are tough for a lot of people, and we are well aware this is something Ms. Ronstadt herself would fully endorse. We are thrilled to be a part of the effort to end hunger.”

Ronstadt Revue’s approach to the music of Linda Ronstadt is quite different from the that of a typical cover or tribute band, of which there are many. The show covers all aspects of Linda Ronstadt’s long career, from folk to country, pop rock to American Standards, Mariachi to Cajun.

Ronstadt retired from the music business in 2011 after a diagnosis of progressive supranuclear palsy, which eventually rendered her unable to sing.

“There are other bands out there tributing her, but there is only ONE Linda Ronstadt,” Gesenia noted. “We are not trying to copy or imitate her in any way because it’s not possible. I’m not wearing flowers in my hair or doing any of those gimmicky things. We are simply trying to honor Linda by recreating her music as best we can to celebrate her entire career and all her accomplishments. We are fans ourselves first and foremost.”

This approach has garnered the band accolades from members or Ms. Ronstadt’s own touring band, including Dan Dugmore, Herb Steiner and John Beland, the latter of whom will be performing with the band in Texas and California in the near future. The band is also currently recording an album that will include both Dugmore and Beland.

“It’s been quite an honor to hear kind words and support from people like John, Dan and Herb,“ said Gesenia. “John in particular is generally NO fan of tribute bands. Yet he was kind enough to describe us as ‘the real thing.’ That means a lot coming from someone who actually IS ‘the real thing.’”

For 200 years, Gather has been serving Seacoast residents facing hunger. The agency was founded in 1816 by a small group of women committed to feeding the families of fishermen. Today, Gather is committed to ending local hunger through collaboration and leadership.

Gather serves those in our community experiencing hunger by providing nutritious food through innovative distribution programs and our Pantry Market. We offer nutrition education and recipes for healthy living. We collaborate with community partners to address the root causes of hunger throughout the Seacoast in NH and ME.

About the Rochester Opera House

Ronstadt Revue is the premier touring celebration of Linda Ronstadt’s 40+ year career. The show features the remarkable vocalist, Gesenia, who doesn’t just channel Ronstadt’s vibrant sound, she positively embodies her very spirit. The repertoire presented spans all of Ms. Ronstadt’s musical genres, including Spanish-language material (as Gesenia is, herself, Latina). Indeed, Ronstadt Revue is so authentic and professional that two of Linda Ronstadt’s own band members (Dan Dugmore & John Beland) are co-producing their upcoming (2022) album and Mr. Beland is appearing with the band in concert during their Texas tour in Spring 2022. www.RonstadtRevue.com.