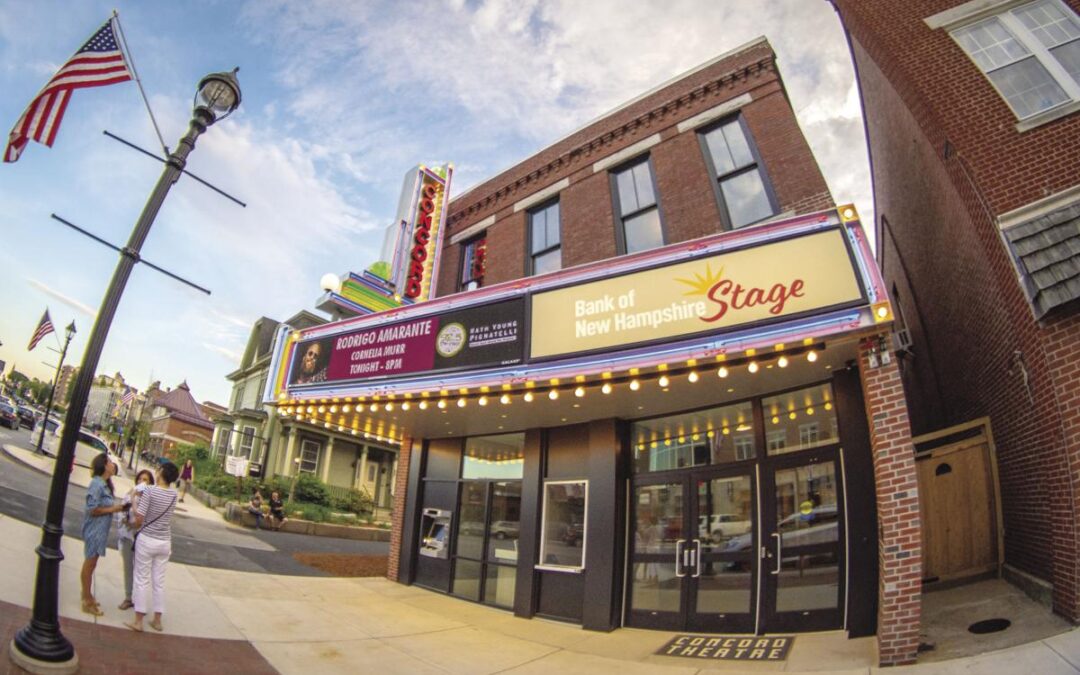 March is Women’s History Month, commemorating and encouraging the study, observance and celebration of the vital role of women in American history. What better way to close out the month than a March 26 show at the Bank of New Hampshire Stage in Concord that celebrates the historic career of Linda Ronstadt?

Ronstadt, who retired from the music business in 2011 after progressive supranuclear palsy rendered her unable to sing, collected a ton of hardware during her music career, including 11 Grammy Awards, three American Music Awards, two Academy of Country Music awards, an Emmy Award and an ALMA Award. She has sold more than 100 million albums worldwide.

During the decade of the 70s, she was the top-selling female artist and the first female to have four consecutive platinum albums, eventually having eight in a row and 14 in total certified platinum. Her 1987 album Canciones de Mi Padre remains the best-selling non-English record in U.S. music history, and her 1983 turn to big band jazz, What’s New, was certified Triple Platinum in the U.S.

Ronstadt Revue’s approach to the music of Linda Ronstadt is quite different from the that of a typical cover or tribute band, of which there are many. The show covers all aspects of Linda Ronstadt’s long career, from folk to country, pop rock to American Standards, Mariachi to Cajun.

“There are other bands out there tributing her, but there is only ONE Linda Ronstadt,” Ronstadt Revue’s lead singer Gesenia noted. “We are not trying to copy or imitate her in any way because it’s not possible. I’m not wearing flowers in my hair or doing any of those gimmicky things. We are simply trying to honor Linda by recreating her music as best we can to celebrate her entire career and all her accomplishments. We are fans ourselves first and foremost.”

This approach has garnered the band accolades from members or Ms. Ronstadt’s own touring band, including Dan Dugmore, Herb Steiner and John Beland, the latter of whom will be performing with the band in Texas and California in the near future. The band is also currently recording an album that will include both Dugmore and Beland.

“It’s been quite an honor to hear kind words and support from people like John, Dan and Herb,“ said Gesenia. “John in particular is generally NO fan of tribute bands. Yet he was kind enough to describe us as ‘the real thing.’ That means a lot coming from someone who actually IS ‘the real thing.’”

You can come hear “the real thing” on Saturday, March 26at 8 PM at the Bank of New Hampshire Stage at the Capitol Center for the Arts in Concord. Tickets are on sale now for $25 each at http://www.ccanh.com/. Price includes a ticket fee directly supporting the Capital Center/Bank of NH Stage.

Opened in 1927, the Capitol Theatre was a prime stop on the Vaudeville circuit and, later, Concord’s premier movie house and concert hall. Over the years, however, the theater slipped into disrepair and in 1989 it was closed.

With $4.2 million raised in support by the newly formed, non-profit Capitol Center for the Arts, and 250 volunteers contributing over 3,000 hours to paint and restore the Egyptian-motif artwork, the renamed theater was opened in November 1995. The Chubb Theatre was named in recognition of the project’s largest benefactor, Chubb Life.

The 1,304-seat theater is now equipped to present many of today’s national touring shows. It has been modernized with new heating, air conditioning, electric and plumbing systems, handicapped accessibility including an elevator, a new lobby and vestibule, computerized box office system, updated backstage facilities and restored seats.

Ronstadt Revue is the premier touring celebration of Linda Ronstadt’s 40+ year career. The show features the remarkable vocalist, Gesenia, who doesn’t just channel Ronstadt’s vibrant sound, she positively embodies her very spirit. The repertoire presented spans all of Ms. Ronstadt’s musical genres, including Spanish-language material (as Gesenia is, herself, Latina). Indeed, Ronstadt Revue is so authentic and professional that two of Linda Ronstadt’s own band members (Dan Dugmore & John Beland) are co-producing their upcoming (2022) album and Mr. Beland is appearing with the band in concert during their Texas tour in Spring 2022. www.RonstadtRevue.com.